The 2500 years of history of the Monti neighbourhood, Rome 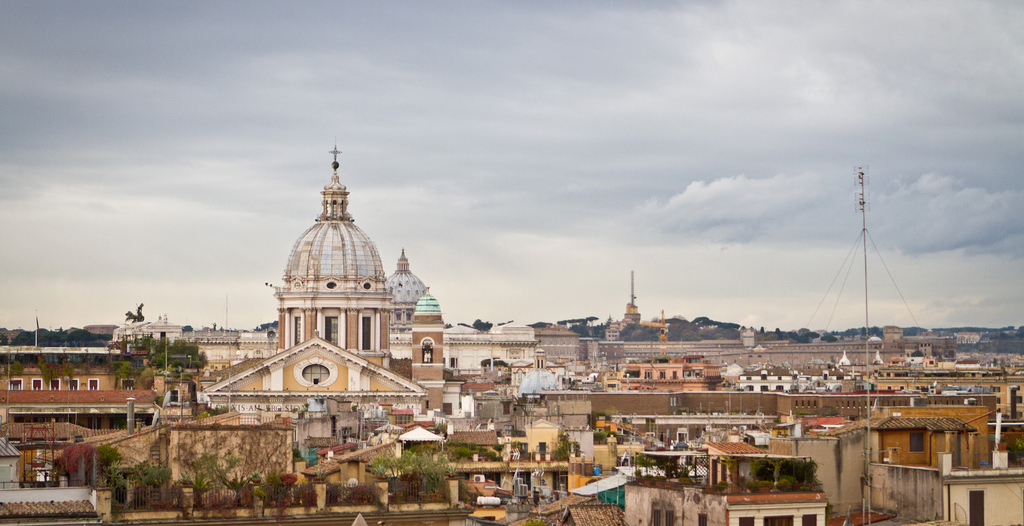 Go back in time through the oldest neighbourhood in Rome

Let’s use our imagination to give life to a world entirely different from our own and relive the 2500 years of history of the oldest neighbourhood in Rome, Monti, situated right between Esquilino and the Roman Forum.

On the hills of Monti, Rome

Let’s take a walk through the Monti neighbourhood. While some hand made craft may attract our attention and we may attempt to wade through the crowds of tourists to have a better look, let’s lift our heads and look around.

What we see now was very different in the VI century a.C.. The emblem of this neighbourhood reminds us of its hilly origins. Today it’s difficult to recognise the softer profiles of the Esquilino, of the Viminale, of the Quirinale and of the Celio, and yet this is exactly where the nobles’ houses were built during the Roman age.

The width of the roads and the presence of a few key monuments bring to light the magnificence of this area, incredibly different from the maze of streets and alleys at the bottom of the hills. In this stagnant place, reclaimed thanks to the Cloaca Massima, characters from very different backrounds lived: it’s the Suburra…

You may also like
on the set of imagination, Cinecittà, between dream & reality

The Suburra was quite a rough neighbourhood, full of inns and brothels, and it’s still famous nowadays, and the word “suburra” is still utilised to indicate the most degraded districts of a city. It was connected to the Colosseum through an underground tunnel. Often fires would break out, from which the surrounding areas were protected by walls, known as “of the Suburra”, made of a type stone, a tuffaceous material extracted from the Colli Albani, that we can see passing underneath the Pantani Arch when entering the Roman Forum.

There are many anecdotes about various important Roman characters many of whom frequented the Suburra. The Emperor Claudius’ wife Messalina, was a frequent client in the brothels under the false name of Licisca; her sexual endeavours  where recounted by Plinius “the Old” and Giovenale. It is said that Nero used to lurk around the alleys in disguise, eavesdropping on the people’s opinions of him, and priests of eastern cults used to hunt for proselytes here.

The Suburra remains today the beating heart of the Monti neighbourhood, full of small restaurants and bistros, with colourful laundry hanging from windowsills and voices and sounds all around. Don’t miss the Monti Urban Market every Saturday and Sunday in Via Leonina 46! 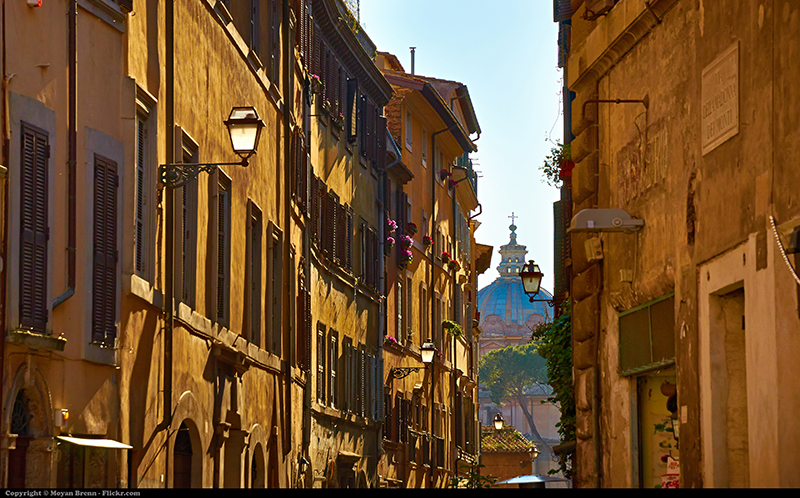 The towers and noble palaces tell us about the Monti neighbourhood during the Middle Ages.

For example we have the Borgia Palace with its impressive staircase from which even Lord Byron took inspiration. Or the Torre del Grillo from which the Marquis threw stones at the hated Jews. During these times the population moved to Campo Marzio because the destroyed aqueducts no longer guaranteed the supply of water to this area. Gardens and vineyards and two important religious centres stayed in Monti, San Giovanni in Laterano and Santa Maria Maggiore, which guaranteed the permanence of a part of the population.

The identity of Monti through the ages

The medieval Monti inhabitants spoke a completely unique dialect, tied to a radical sense of belonging. This strong identity is recognised in the participation of its inhabitants, who love mixing in with the tourists and enjoying the evening breeze of the summer nights in Piazza Madonna dei Monti, sat on the steps of the Catecumeni fountain built by Giacomo della Porta. Don’t miss out on another Renaissance artwork kept in San Pietro in Vincoli: the Moses of Michelangelo, so realistic that it is said that the sculptor himself asked it “why don’t you speak?”.

The Monti neighbourhood has radically changed after the renovations done in the 1800s and in the fascist era, that brought to light the Roman Forum at the expense of the lower class.

2500 years have passed from the first beginnings of this neighbourhood, and yet Monti still treasures the exuberance of the Roman people.

If you would like to take a walk around its streets, book the holiday home San Martino View ai Monti 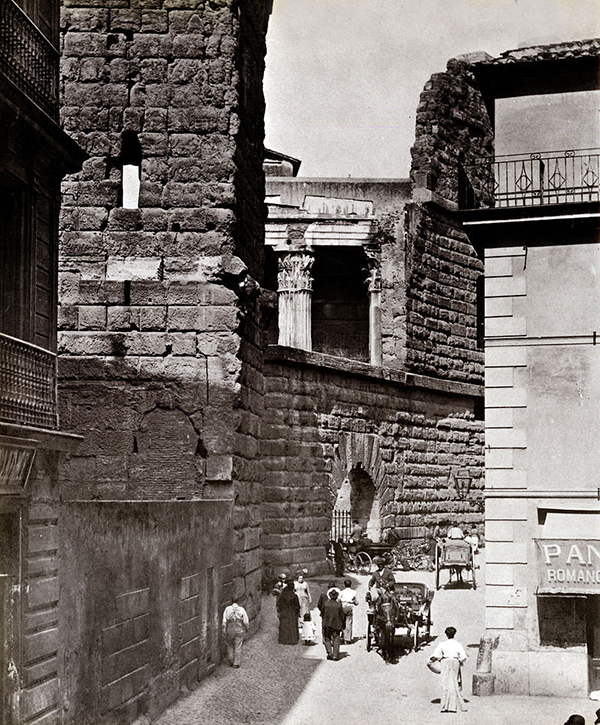