Appia Antica Park: the green heart of Rome on the Regina Viarum 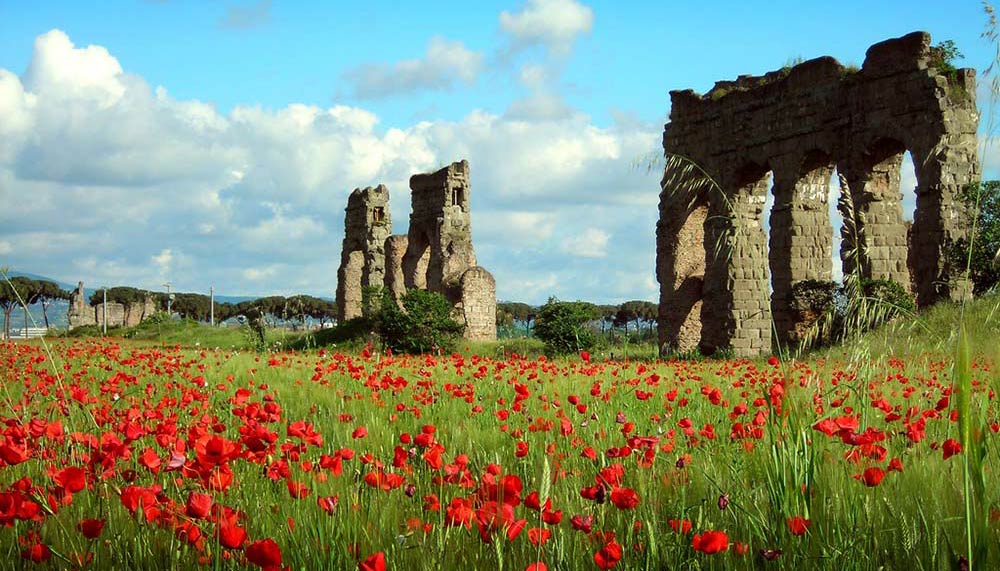 You may get a glimpse of a fox, a nightingale, a kestrel in the Appia Antica Park

Between the centre of Rome and the chaotic ring road that surrounds the city, not far from the Arco di Traiano stop, in the Tuscolano neighbourhood, you’ll find the Appia Antica Park.
Think of a nice outing outside the walls of Rome, towards Colli Albani, and this oasis of green that extends for 3.296 hectares, far from the chaotic traffic and crowd of tourists, seems perfect.
This park offers all kinds of different experiences. Let’s find them out.

The difficult history of the Appia Antica Park

This area, which is still today mainly private property, covers the territory that was once called Agro Romano, meaning the rural areas that separated the city centre from the Colli Albani.
It takes its name from the famous Appia Antica, a road that crosses it, and it holds a large portion of ancient roman history, yet today it represents not only its past, but also the core of the nature and culture of the city.
For decades a lot of energy has gone into attempting to preserve it and now the park authorities have put a lot of effort into taking care of this invaluable heritage.
Before 1988 this was the site of contention and exploitation, abusive development and invasive settlements, until the Region put a stop to it all, and made it into a regional park, vowing to protect it. 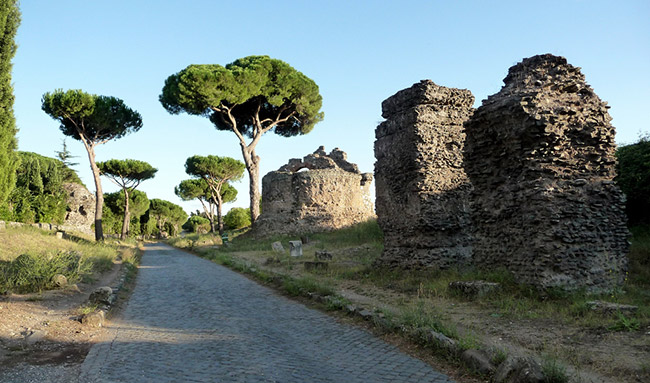 The itineraries of the Appia Antica Park

There are many possible itineraries and you can go to the official website to find something for all tastes. A walk long the Regina Viarum (the via Appia Antica) will take you through tombs and sepulchres in all shapes and sizes, with an incredible view of the ancient fields and the Agro Romano vineyards. You’ll be able to visit the Villa dei Quintili, an archeological area found on igneous grounds dated back to first half of the II century.
Or you could take a walk down another important road, Via Latina, where, once inside the sepulchral monuments, you can admire stuccos and frescos of great value.
Or perhaps you would prefer the aqueducts, one of the most renowned roman pieces of architecture. In the Appia Antica Park there are no fewer than seven of these!
Then there is Tormarancia and Tor Fiscale which are two symbolic towers, easily noticeable against the bright greens of the park.
If you’re lazy, the park offers electric minicars, or even bicycles to rent, so you can cycle and breathe some fresh air!

You may also like
MU.Ro, on the walls of Rome: street art!

The Valley of the Caffarella

The Valley of the Caffarella, through which the Almone river passes, is one of the largest green areas in Europe with its 180 hectares, and it’s part of the Appia Antica Park. Make sure not to miss a walk through its oaks, poplars and willows… the Caffarella is home to innumerable botanical species and environments. If you’re lucky and quiet enough, you might even get a glimpse of a fox at sunset, a nightingale, a kestrel and many other night predators.
You can explore it with the help of the Smart Caffarella app, that will help you get oriented and find the points of interest.
If you’re considering staying in Rome for quite some time, try to make the most out of your stay and sign up for a birdwatching course! Many easy excursions are organised in the area where the aqueducts are, so you can learn to recognise many different species with the help of a qualified ornithologist. 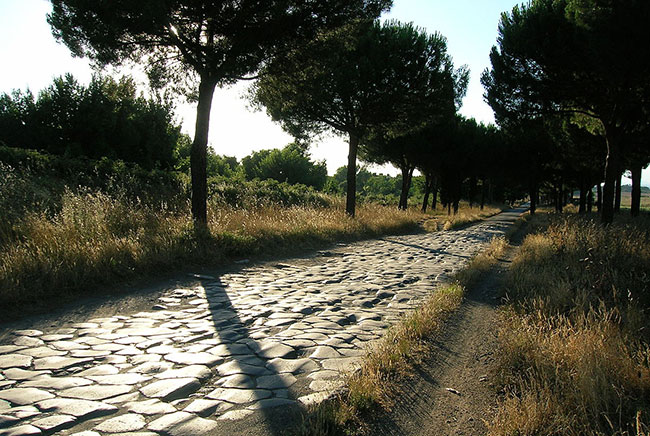 Initiatives and guided tours: from the catacombs to the Cartiera Latina

There are many different guided tours organised by the park which will not only give you the chance to visit sites that would otherwise be out of bounds like the sepulchre of Priscilla, Cecilia Metella, the Scipioni sepulchre, the San Callisto and San Sebastiano catacombs to name just a few.
A visit to the Cartiera Latina near the Aurelian Walls and next to the Almone from which it used to draw energy is unmissable and really interesting. In the 1600’s it was a fulling centre for wool, where fabrics for the roman Capuchin Fathers’ Convent were produced; 200 years later it became a mill that ground many different natural products; and finally in the 20th century was utilised for the production of paper. Today this ex-paper mill houses a library, conference and exhibition rooms, a vegetable garden and a educational space for learning about the traditions of the roman farmland.

You can also attend the Colloqui di Cancelli Aperti, where historians and archeologists talk in depth about the history of the monuments and sites in the park. They’re usually held every Saturday afternoon in the Conference Room in the Cartiera.

If you’d like to stay close to the Appia Antica Park, book at Casa Fratocchi.