The Ponzi signs in the Monti neighbourhood, Rome 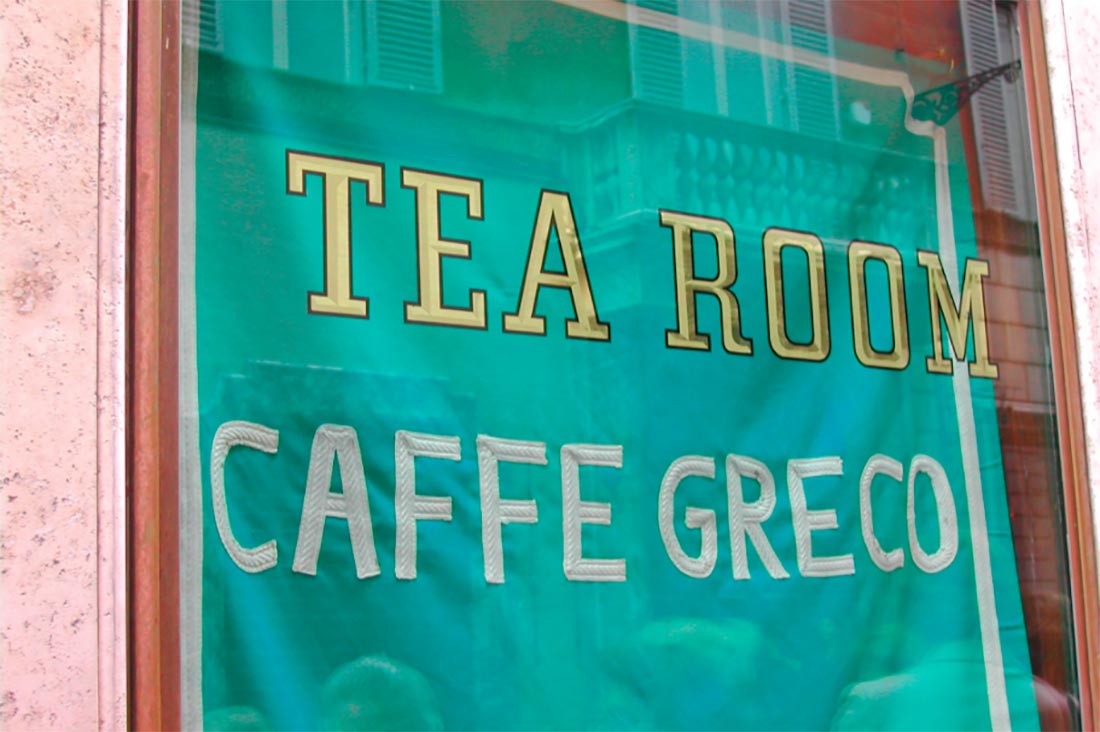 The heart of Rome safeguards a dying art

The heart of the Monti neighbourhood in Rome jealously safeguards perhaps the very last bastion of a trade that is dying out: the sign writer. The The Ponzi signs in the Monti neighbourhoodnotoriety was the product of generations of creativity, technical expertise and artistic ability passed down through the years, more than a century of hand-painted letters and signs. Sandro Ponzi’s signature works are the signs made in gold plate, that have made him famous in Italy and abroad.

We’re so used to seeing them, and paying more attention to the message they communicate, that we don’t even realise the artistic and aesthetic value that these signs often hold. Workers know this very well, and graphic designers everywhere don’t simply choose fonts with their eyes closed, but choose them carefully, making them full of the meaning that the signs want to portray.

Before graphic design became widespread, it was artisans and painters who had this responsibility, and who manually created signs, crests, decorations, and instead of using graphic tablets they used paintbrushes and compasses. They were sign writers.

The artisanal tradition of the Ponzi family: technical expertise, artistic ability and creativity

In Rome, in the Monti neighbourhood, the workshop of a family who has made this tradition their pride and joy still exists. Sandro is the last representative of the Ponzi family, who’ve been sign writers for over a century, starting from Aristide Ponzi, the founder, who passed on his passion and technique to his son, Ferrer, Sandro’s father. Their colourful and lively, sober and elegant, classic or eccentric signs, have embellished many roman shops since the beginning of the 1900s, each taking inspiration from the trends and styles of their time. Sandro will be pleased to show you a few which are displayed in his workshop, and to tell you their story. If you want to pass by and have a look, you can find him in Via S. Martino ai Monti 9/a, very close to the Basilica of Santa Maria Maggiore.

This might also interest you:
The Sator square in Santa Maria Maggiore: an unsolved enigma in Monti, Rome

The job of the sign writer is to combine craftsmanship and artistic sensibility, which have been passed down to Sandro through generations. The initial design is retraced on the base with talcum powder so that it’s ready to paint. The most refined signs are made with gold leaf on glass, very expensive but also much in demand. Sandro also designs logos, monograms, banners and posters. Signor Ponzi’s expertise has also been useful to the Vatican, who have commissioned various papal crests.

The gold leaf on glass technique

What is the procedure of making signs using gold leaf, that have given this workshop esteem and international fame? The gold leaf is positioned on top of a piece of chamois to cut the shape. Then, after having covered the base in isinglass using a flat brush, the gold leaf is left to adhere and finally polished. Subsequently the surface is cleaned with a damp cloth soaked in white oxide. The sign is now ready to be delivered to the commissioner.

Sandro Ponzi’s signs, the crown jewel of Italian craftsmanship in Italy and overseas

Many have fallen in love with this particular form of decorative art, a leitmotif that makes the streets of Rome so characteristic and colourful. Sandro Ponzi’s traditional craftsmanship has a place of honour in books specialising in letters, fonts and advertising signs. Foreigners have evidently been influenced greatly judging by the various foreign publications that have covered his work. Rai (an Italian TV channel) has also made a documentary about him and his workshop.

If you’re in the centre of Rome, don’t miss visiting Sandro Ponzi’s workshop, a beautiful example of a dying trade, the sign writer.

If you want to stay a stone’s throw from S. Martino ai Monti n 9/a
book the holiday home San Martino View at Monti