On the set of imagination: Cinecittà (Rome), between dream and reality 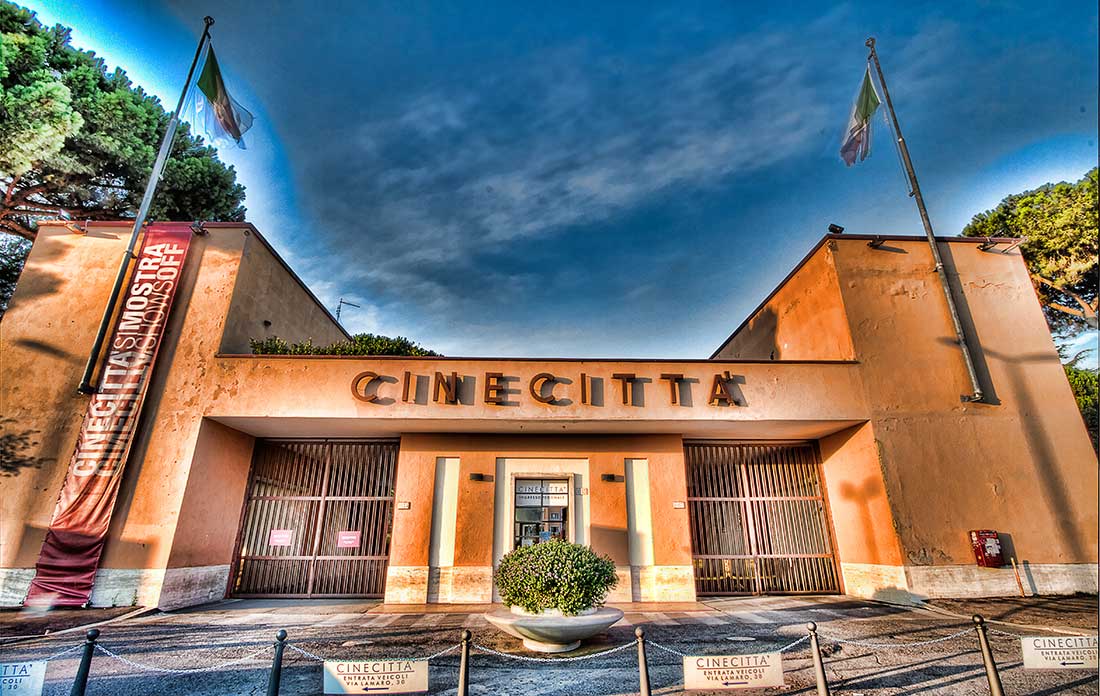 A tour at the roman studios with exhibitions, events and centenarian trees

It’s just a few metro stops away from Arco di Travertino, and yet it almost seems like entering a dimensional portal: it’s not a dream, you have simply arrived at Cinecittà.

When a foreigner thinks about Rome, their mind immediately goes to the idea of a romantic and dreamy city that has a lot to do with cinema. Audrey Hepburn and Gregory Peck riding a vespa is one of the most famous examples of the incredible power of film that has made history and given Rome the identity of a timeless city where anything can happen.

It’s well worth taking a peek behind the scenes and taking a tour around this place where everything takes form, starting from the year 1935.

You may also like:
MU.Ro, on the walls of Rome. Street art between Tuscolano & Quadraro

Now Cinecittà has opened its doors to the public with exhibitions and events for old and young. Thanks to the “Cinecittà Si Mostra” project it’s possible to do a full immersion inside the studios. Ancient Rome and the Jerusalem Temple, that was built for the shooting of The Passion by Mel Gibson, those are only a few of the sets that you can visit, while you walk where both Hollywood and Italian star have walked.

As well as temporary exhibitions, Cinecittà also has a permanent display: the three interactive paths that show us the evolution of this space through a videocamera.

The first one, Perché Cinecittà, covers the time from its creation, during the fascist era, to the end of the Second World War, with special attention to the work of Federico Fellini. By following the second path you can see the clothing worn by actors of international fame such as Liz Taylor and  Totò (did you know that Totò used to walk on the stage of the Brancaccio Theatre in Monti Neighborhood?), Claudia Cardinale and Richard Burton, and enter inside the sets of Italian peplums and westerns, from Ben-Hur to Once Upon a Time in America. The last part is possibly the most interesting because it reveals the craftsmanship behind the cinema. The six interactive rooms are dedicated to the different aspects of film production: direction, costume design, screenplay, sound, special effects and green screen, a technique that allows the actors to be put in virtual settings. 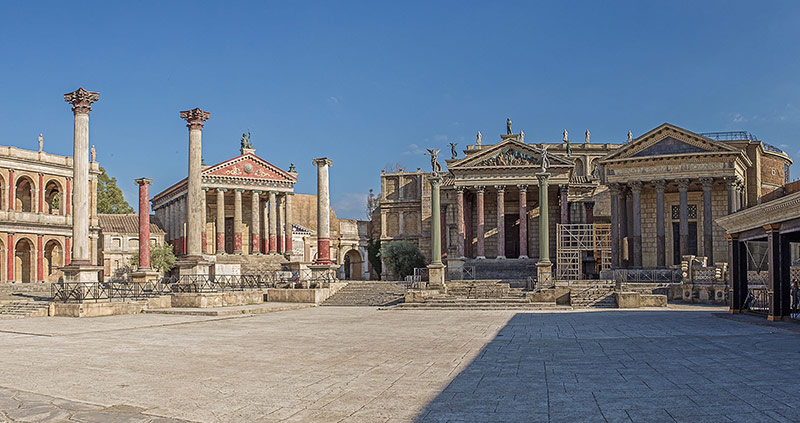 Are you tired of being indoors? Cinecittà has 5000 square metres of green. Its park hosts cedar trees, oleanders and centenarian pines, planted between the 30s and the 40s, when it was first founded.

You can sit on the cushions or in the designated areas to breathe some fresh air and relax while the lines of the real and the fake blur your vision, as hints of the history of cinema lie all around the park. It’s surely impossible not to notice the Venusia of The Casanova by Federico Fellini, whose huge white eyes peer from the ground rather than from the depths of the water, as in the movie.

Stop at the Caffè di Cinecittà for a themed meal, in an amazing building that imitates theatres of the 1930s! The bookshop is also filled with all kinds of gadgets and books for true cinephiles!

At Cinecittà, Rome, the kids won’t get bored!

If you have children, don’t worry about boring them, as there is something for everyone.

In the Playgarden of the park the kids can play on the alphabet-slides that spell out the word “Cinecittà”. Cinebimbicittà organises many activities, like educational workshops about jobs and protagonists in the world of cinema, making it interesting and fun for children. Every Sunday these kids can prove their talents on set: one day they’ll be painting an Ancient Egypt set, another they’ll be giving life to fantasy characters by cutting out paper silhouettes. These activities are included in the entrance ticket.

On the website Cinecittà si mostra you’ll find more information on the programme and prices and much more.

What are you waiting for? Take a step beyond the big screen and dive into a daydream!

If you want to stay a few stops away from the Dream Factory, book at the holiday home Casa Fratocchi