The Teatro Brancaccio in the Monti Neighbourhood, Rome 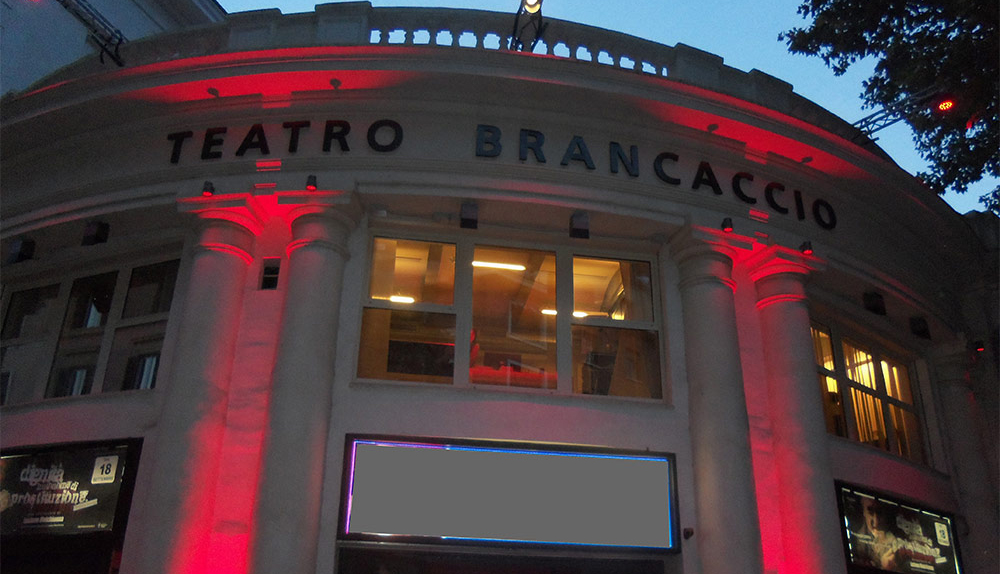 The most famous theatre in Rome (after the Colosseum)

Last year, in the ancient quarter of Monti, heart of Rome, the Teatro Brancaccio celebrated 80 years of events, comedies, musicals, dance performances and concerts. After almost a century, it’s still teeming with excited spectators, just waiting for the curtains to part.
Let’s discover together the secrets of its success, its longevity, and why it’s worthy of being seen.

Are you attending a play at the Teatro Brancaccio?
Consider to book a very close apartment

The theatre: past and present of the Teatro Brancaccio

Walking around Rome, you’ll soon notice that theatres have been the life and cultural centre of the city since ancient times. The first roman theatres were itinerant, and were erected for religious celebrations in specific places of worship.
The most famous is without a doubt the Flavian Amphitheatre, better known as the Colosseum, well-known all over the world and in every souvenir shop in the capital you can find a model of it.
The magic of theatre and the mystery of art are still a characteristic part of the roman scene, including the renowned Teatro Brancaccio. If, on your way to the Brancaccio, you turn to look at the Colosseum (only minutes away), travel back in time and imagine its majestic presence and ancient prestige, you’d realise that there is still a dialogue between the theatre of the past and the present. 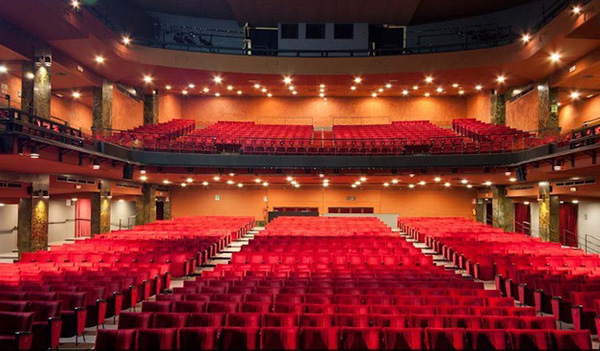 The Teatro Brancaccio in the Monti neighbourhood

It’s situated in the ancient quarter of Monti on Via Merulana, near the magnificent Palazzo Brancaccio, the very last noble edifice ever built in Rome. The Teatro Brancaccio, which took its name from the noble family living there, was founded in 1937. Thanks to its reputation it was appointed the title of Theatre of Rome, and its programme under the artistic direction of Alessandro Longobardi, is still one of the most interesting in Italy.

You may also like
MU.Ro: on the walls of Rome. Street art between Tuscolano and Quadraro

On the stage of the Teatro Brancaccio, Rome

Many important Italian icons such as Aldo Fabrizi and Anna Magnani have walked its stage, as well as Totò and Gigi Proietti, both who contributed to making it a first class theatre. The 1300 red seats in this historical theatre are the very same where fans of The Beatles, Louis Armstrong and Jimi Hendrix sat. Many Italian musicians have also performed here, two of whom are Adriano Celentano and Fabrizio De Andrè, and neither of them need introducing!

Musicals at the Teatro Brancaccio, Rome

This tiny Broadway in the centre of Rome has been home to many artists of all kinds, but today it’s known for its musicals, with both national and international productions. For enthusiasts of this particular genre, waiting for the lights to go off, being engulfed by the energy and passion of actors and spectators alike, is an invaluable experience. At times one can almost feel part of the performance itself, one can get lost in the moment, relating to the performers and the characters in unimaginable ways, and for a few hours one is able to leave the rest of the world outside the theatre doors, and simply allow to be taken away to a whole new reality.

The “Brancaccino” for young and aspiring actors

On the second floor one can find the Teatro Brancaccino (literally little Brancaccio), a sort of younger sibling of the Brancaccio, founded in 2008 with Maurizio Costanzo as artistic director. This is where young talents can rise, as it was originally conceived as a learning space, open to innovation and experimentation. The project “Spazio del Racconto” is dedicated to contemporary drama, while “Il Brancaccino Teatro Ragazzi” is dedicated to young people, as an amazing alternative to a boring afternoon.

For info on the theatre programme go to the official website.

Are you ready to be charmed by the stage?

If you want to stay a stone’s throw away from the Brancaccio, book San Martino Ai Monti holiday home.