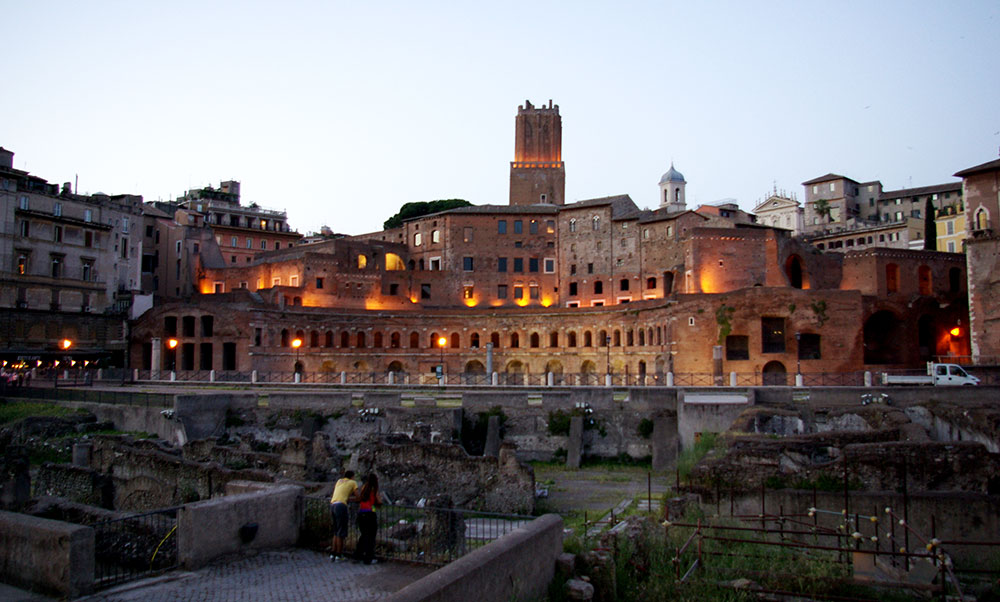 If you’re in Rome, you’ll surely visit the Roman Forum. The location of the Roman Forum Museum, the Traiano Markets, is a modern multifunctional space in the Monti neighbourhood. Don’t miss the exhibition “Traiano. Building the Empire, creating Europe”, until the 16th of September 2018.

The Roman Forum Museum in Monti

Visiting the Roman Forum Museum, in the upper part of the Traiano Markets, is a must when in Rome. However one can often find oneself overwhelmed with information, Rome being full of museums, restaurants, shops, archeological artefacts, wine bars and so on. The outcome may be that instead of going back home with a story to tell, you might return home burdened by an exhaustion heavier than your suitcase. Staying near the Monti neighbourhood will give you the chance to experience and see the Roman Forum up close, designed by Caesar and inspired by greek plazas and submerge yourself in the ruins of Ancient Rome.

You can see how the architecture of the Roman Forum Museum has changed over the centuries thanks to an accurate reconstruction, with explanatory pictures, visuals and maps. 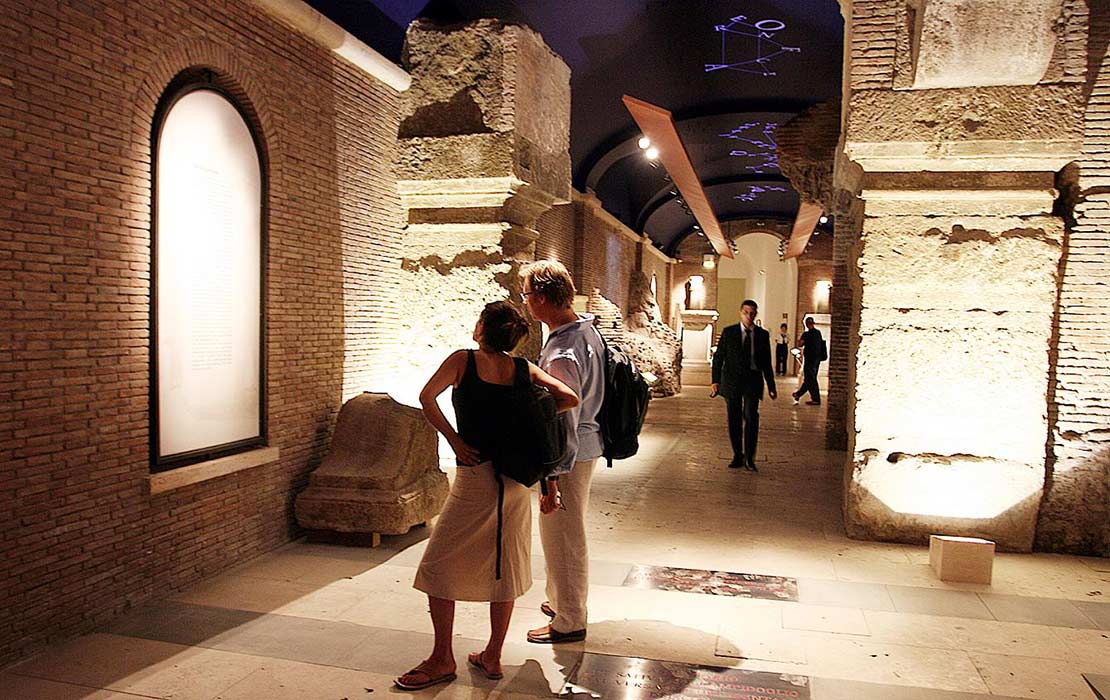 Traiano, the emperor from the provinces who listened to his people

While visiting the monumental remains of Ancient Rome, take your time to really listen to what the ruins are trying to tell you. Traiano was an emperor that listened to his people. He was a foreigner (from the Roman province Hispania) and he had the great responsibility of ruling Rome Caput Mundi. He had understood that the key to a good government was to empathise and sympathise with his subjects, and for this reason he was very popular and well respected by his fellow soldiers, who bestowed him with honour and glory.

He became a great leader and treated the people he conquered well, beginning a process of inclusion rather than submission.

Their ability to connect people wasn’t only displayed by the diplomatic relations with other peoples and the romans themselves. At the centre of the Forum stands the colonna di Traiano, designed by the Emperor and his architect friend Apollodoro in the II century A.D.. Traiano wanted to create a space that would both work as a place to gather and have many other functions: it hosted two libraries and one basilica, but the Traiano Markets were an extremely modern project for those times. Entering the Monti neighbourhood, imagine a large multifunctional structure with 6 floors standing in the centre of the Forum. Here, near the Suburra, the administrative and judicial life of the city was organised.

This place has undergone many modifications and has been used for many purposes over the centuries, a process that continues to this day. Today the Traiano Markets manage to create a bridge between past and present together with the Campidoglio museums, Palazzo delle Esposizioni and the National Archeological Museum.

You could also be interested in:
The 2500 years of history of the Monti neighbourhood, Rome

Traiano. Building the Empire, creating Europe, until the “16th of September 2018” at the Traiano Markets.

The Roman Forum Museum is hosting an exhibition dedicated to Traiano until the 16th of September 2018 called “Traiano. Building the Empire, creating Europe”. Thanks to statues, decorations, portraits, molds, coins, videos and installations you’ll be able to retrace (with the help of ancient sources and modern reconstructions) the life of this incredible man. He was named the most christian of the pagans, and optimus princeps (“the best ruler”), from his death onwards. The day of his death, which happened in Asia Minor, was commemorated in the capital. 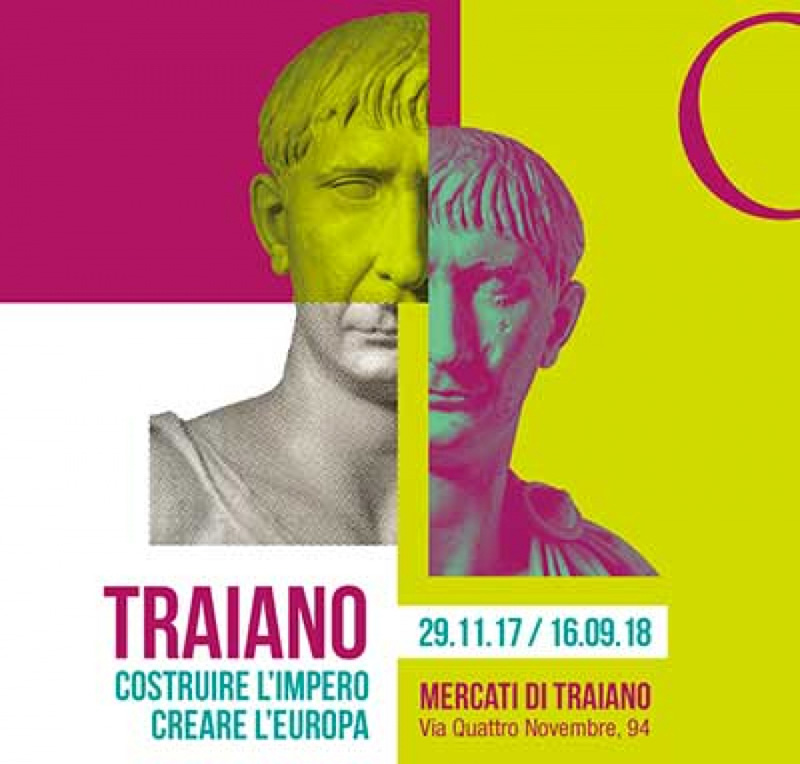 The interactive, multi-sensory displays will take you back to Rome under Traiano, the sounds, the smells, the images, the pomp and splendour and the stories about the barbarians. A special space is reserved to the women of court, who were the Emperor’s advisors and actively participated in the social life of Ancient Rome. The walls of the Traiano Markets will seem full of life, events and characters!

If you want to stay a stone’s throw from the Roman Forum Museum, book at San Martino View ai Monti 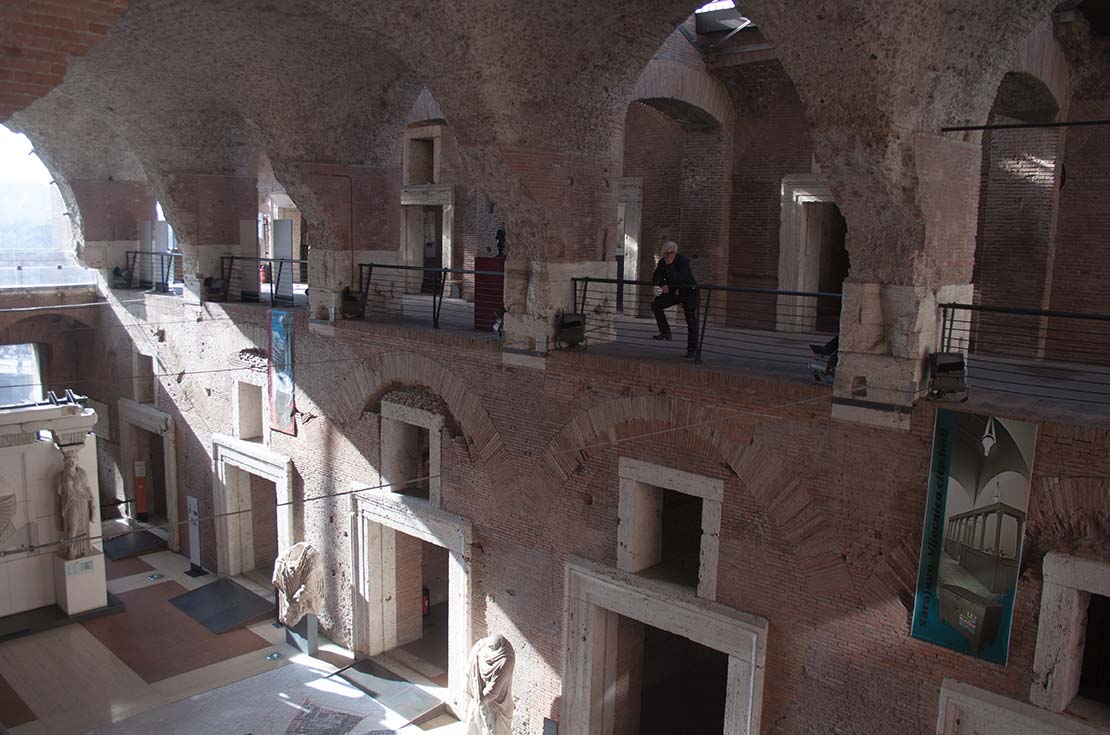