The Sator square in Santa Maria Maggiore: an unsolved enigma in Monti, Rome 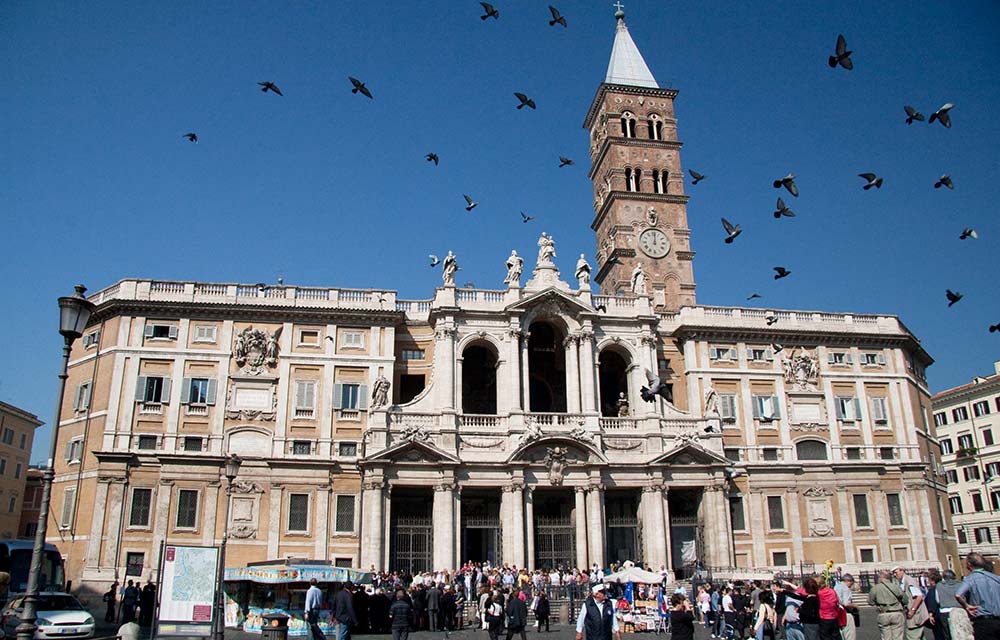 5 words, each 5 letters long, distributed in order to create a palindrome

Monti is the oldest neighbourhood in the capital. Here, inside the Basilica Papale di Santa Maria Maggiore, lies a mystery that many intellectuals and scholars have attempted to solve, without reaching a sure answer but with plethora of fascinating speculations. We’re talking about the so-called Sator square. What is hidden behind this square palindrome of letters?

You may also like:
the Teatro Brancaccio in the Monti neighbourhood, Rome

The Basilica of Santa Maria Maggiore

If you’re meaning to do a tour of the Seven Churches or simply visit the most important sacred places in Rome, the Basilica of Santa Maria Maggiore is probably already on your list. It was built between the IV and the V century on the foundations of an old paleochristian church and it was finished in the middle of the XVII century.
It is said that the Virgin Mary herself had suggested building the church, and had appeared in a dream to the Pope Liberio and the patrician Giovanni. The 5th of August of the year 352, when an unusual snowfall covered the Esquilino in white, the Pope drew the outline of the new church just as the Virgin had suggested in his dream, and for this reason the Madonna della Neve is still remembered, when white petals are dropped from the Paoline Chapel every year on the 5th of August. In truth, however, the church was built almost a century later by Pope Sisto III.
An incredible variety of artworks and curious artefacts is kept inside the basilica. Originally it was decorated with one of the most impressive collection of mosaics of the late antiquity, drawn from the stories of the Old Testament, and later on more mosaics were added to the apse (in the year 1300) and to the facade of the church.
The steeple, which is 75 metres tall, is the tallest in Rome, and it hosts 5 bells, including the noted Sperduta.
The first model of the nativity scene is kept inside the church, realised by Arnolfo di Cambio at the end of the year 1200, as well as the relic of baby Jesus’s cradle.
The gold that covers the ceiling coffers is one of the first brought over from the Americas, given by the Spanish crown as a gift to Pope Alessandro VI in the year 1500.
Many important names are buried here: Pope Sisto V in the Sistine Chapel; the Bernini family; Paolo V and Clemente VIII in the Paoline Chapel; not to mention the Salus Populi Romani, an artwork depicting the Virgin Mary holding baby Jesus, used as a symbol to avert calamities and plagues.

You’ll surely find all kinds of information on the artistic beauty of the church in any guide. But perhaps you’re bored of all the “traditional” information and are looking for something rare and unusual. Let’s delve deeper into the history of the basilica, and explore the cellars of Santa Maria Maggiore. Between the years ’66 and ’71, archeologists discovered a roman house dated back to the IV century underneath the basement of the church. On one of the walls, next to an old agricultural calendar, you can see some peculiar inscriptions. This is the Sator square: 5 words, each 5 letters long, distributed in order to create a palindrome (meaning one can read the same 5 words from left to right and viceversa and from top to bottom and viceversa). These are the words: SATOR AREPO TENET OPERA ROTAS. What’s peculiar is that it isn’t the only one of its kind.
The oldest of these squares seem to come from Mesopotamia (now Siria) in 260 a.C. but they can be found in France, England, Turkey, Egypt, Hungary, Spain and many other countries. In Italy they can be found inside many monuments, archeological sites and churches, from Siena to Bolzano, to Pompei, to Cremona, to Verona and even Perugia. 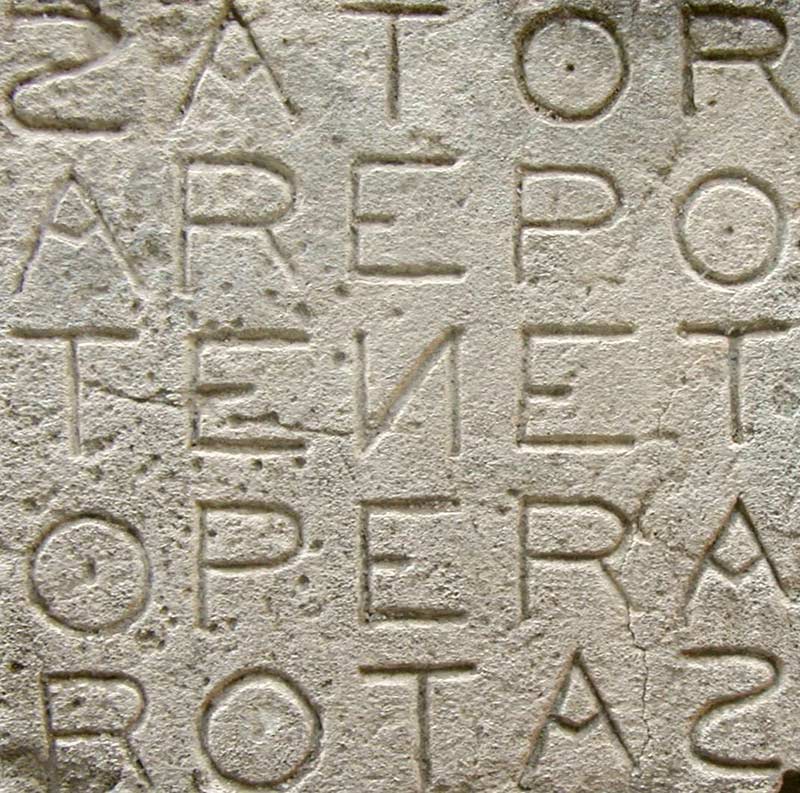 The Sator square has been up for interpretation and object of speculation and investigation for many years, and it all goes beyond the literal translations (“the seeder Arepo holds the plough with skill” or “the seeder steers his cart with skill”). The mystery of this square lies in the fact that, by following the order of the diagram, it can lead to esoteric meanings. It was certainly a symbol that was utilised by the first christians under the Roman dominion, when they were not allowed to practice their religion: it was a way to announce their own presence to other followers, who were able to recognise the cross formed by the word TENET. It can be found in many key locations for the Templars and Cistercians, suggesting their need for secretive and hidden places. The central N is of the TENET cross is upside down, and the A and the O have peculiarities: all of these are telling signs of a secret cult and its symbolic code. If this sends shivers down your neck then take a look at the other palindrome in the Basilica di Santa Maria Maggiore, ROMA SUMMUS AMOR (“Rome supreme love”)… much more reassuring.

If you want to stay 3 minutes away on foot from the Basilica di Santa Maria Maggiore in Monti, book the holiday home San Martino View ai Monti