Vegan Restaurants in Rome: where to eat vegan friendly near Arco di Travertino 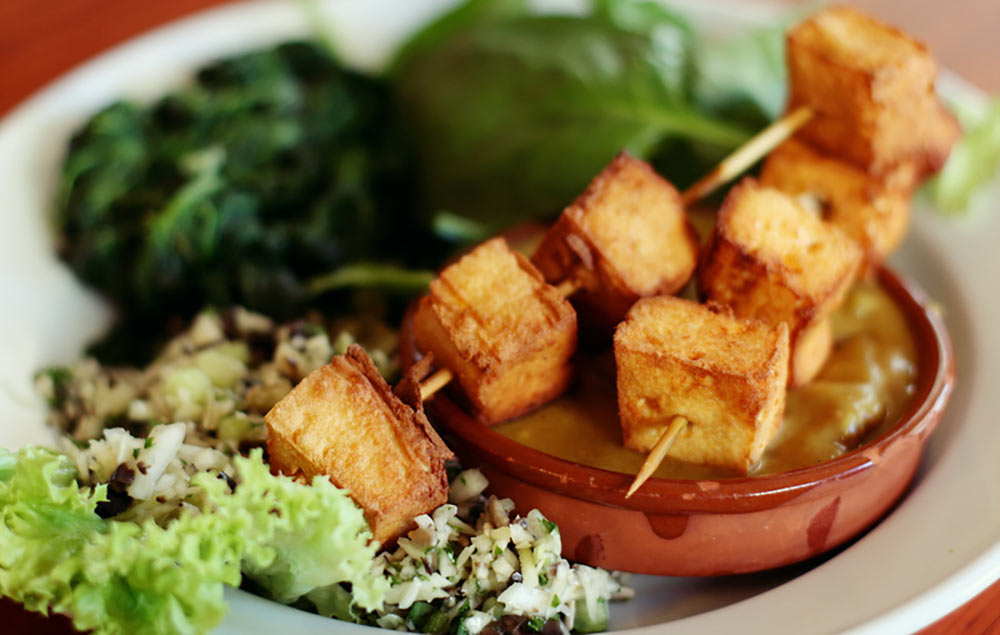 Vegan bars, bistros and restaurants in Rome are far more numerous than you would expect. Don’t worry if you’re on holiday and you don’t know where to have cruelty free food, you’ll be spoilt for choice. Here are some vegan friendly suggestions near the metro stop Arco di Travertino.

Vegans in Rome: do they have a place in the capital?

Being vegan when on holiday can sometimes be complicated, especially with food from different cultures, not to mention a culinary culture like the Italian one. It’s famous all over the world, but the cuisine is certainly far from vegetarian. In truth the mediterranean diet offers a great variety of foods, to the point where saying goodbye to meat and animal products is an easy transition. And many in Rome have decided to transform their diet into an ethical and cruelty-free choice. But where did the vegan choice originate from? In Rome you can find lots of vegan friendly restaurants, bars and bistros!

This might also interest you:
Where to eat best Maritozzi in Rome? Pasticceria Regoli!

The vegan trend in Italy

Over the last few years veganism has had a boom. Up to a few years ago you’d hear the word “vegan” spoken by grandmas as if it where an alien species or the member of a cult. Now even the cynics pick products with the green ‘V’ from supermarket shelves and buy vast quantities of seeds and seitan. Some call it a trend and perhaps not all vegans have made an educated choice. But it’s also true that many studies suggest that veganism is the only way to prevent the world from running out of it’s resources and to have sufficient food for everyone.

Veganism: a choice for the informed

Veganism is the most ethical choice in terms of sustainability. Any ingredient or product that derives from animals is out of bounds and it’s hard to imagine just how much animals are exploited to service humans. I’m not just talking about the bacon used in an ‘amatriciana’, but a huge amount of products, from leather boots to the red colourant of a well known Italian bitter aperitif. It’s not easy to maintain a vegan lifestyle in an ethically infallible way, or even have a nutritious and healthy diet. A certain culinary knowledge is necessary, to combine seeds, dry fruit, seaweed, soia and everything the vegetable world has to offer in a sensible way, including knowing how to integrate, for example, vitamin B12, which comes exclusively from animals.

To get to know everything that Rome has to offer vegans, check out the Vegan Quo Vadis?, an interactive map with information about interesting places or events that might be useful to whoever has chosen veganism.

If you want to stay not far from these vegan bistros, restaurants and pastry shops in Rome,
book the holiday home Casa Fratocchi