Where to eat in Rome: 3 restaurants to try near Arco di Travertino 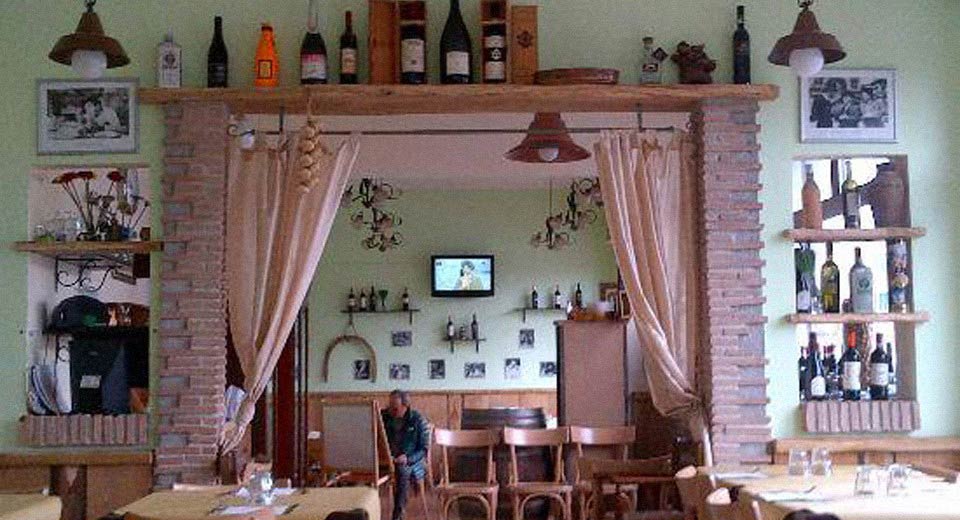 For the curious, the fearless lovers of ethnic food, the purists and the paladins of the classic. Rome, it must be said, has something for everyone.

If you’re a gastronomic tourist, here are 3 restaurants you must try near Arco di Travertino: a roman trattoria (doc), a small Sardinian restaurant and an ethnic one (where you can try the most famous kebabs in Rome).

There’s a real variety of places to eat between Tuscolano and Tor Pignattara.

You may also like:
Modern and contemporary art in the Monti neighbourhood

As in every large city, Rome is a melting pot even when it comes to food. With all of the cultural richness brought here from other countries by foreigners, the wonders of ethnic cuisine are certainly not to be overlooked. Some people have adapted their own tradition to Italian tastes for fear of customers being not quite ready for such exotic flavours. However there are also people who have chosen to preserve their home spirit even in their food, and offer us spicier but nostalgic and far away flavours . Of course you’re in Rome, so perhaps you’ll want to eat in a typical roman trattoria, the kind you see in an Alberto Sordi movie.

Don’t worry, we can give you exactly what you desire with a nice plate of gricia. If you’re curious and would like to try some typical Italian dishes outside Lazio, there’s a very intimate place that will transport you all the way to the Sardinian coast. Are you ready for the tastiest trip of your life?

Go to Tor Pignattara to try the cuisine of Osteria Bonelli. Its traditional dishes are very true to the original recipe and made with passion, care and good quality ingredients. You can taste the freshness and simplicity with every bite. The restaurant is simple, as you’d expect from a roman trattoria, and the price in respect to the quality is excellent. Don’t miss out on horse meat based dishes like sausages and diaphragm. You might not like the idea of it, but it’s a traditional recipe that all roman grandmothers know and it will surprise you. Do you still doubt that it’s worth a try? Just take a look at a picture of the tonnarelli alla gricia, that will make your mouth water enough to go straight to the Osteria Bonelli.

Without moving too far away from the peninsula, the flavours of Profumo di Mirto come from just beyond the Tirreno, in Sardinia. The two owners, Sandro and Luigi, started up their business in 1992, and to this day still welcome clients with smiles and hospitality in a simple and cosy space. It feels almost like being a guest in their home. Their cuisine, though influenced by Mediterranean cuisine, has a very traditional taste to it, reminiscent of the land and sea of the Isle. The menu offers many options, from fish appetisers, served hot or cold, to seadas, the crown jewel of Sardinian bakery. As to the price, you’ll find that the people who frequent Profumo di Mirto are not only tourists, but also the locals, many of whom are very fond of this small restaurant.

Ali Babà. The “kebab at Arco” is the most famous in Rome

It’s no news that Ali Babà’s kebab is a whole new experience. You’ll notice it when, late at night, you’ll see groups of teenagers just waiting for their pita with chicken and lamb. But don’t worry, the service is fast, and the wait is definitely worth it. This Syrian restaurant has become a tradition, often cited late at night when someone suggests a “kebab ad Arco”. Its strong points? The vast array of sauces, food cooked with love, Italian meat and Syrian spices. The bread is fresh, supplied by at least four different roman bakeries. Don’t be discouraged if you’re a vegetarian! Ali Babà’s felafels are universally loved.

If you want to stay close to Arco di Travertino, book our apartment Casa Fratocchi