Yoga on holiday? A solution in the Tuscolano neighbourhood, Rome 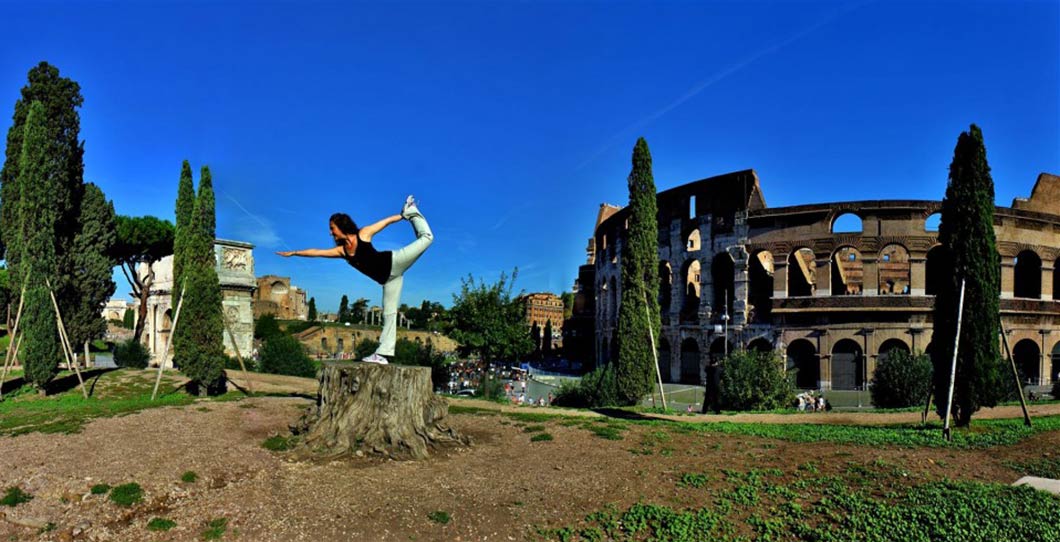 Imagine: It’s early in the morning and you’ve just arrived in Rome. You unpack quickly and immediately you’re ready for a day out in the big city, full of roads and squares, shops and museums, churches and restaurants. You throw yourself on the bed at the end of the day, breathless and exhausted… but what about your yoga practice? Even if you aren’t a veteran of this ancient Indian discipline, the Tuscolano neighbourhood offers a wide range of lessons, courses for all levels, teaching courses, events and so much more. If you’ve never tried, it could be your chance to try something new and charge up your batteries.  It’s time to lay down your mat…

You may also like:
Where to eat the best Maritozzi in Rome

Can you do yoga on holiday in Rome too?

Of course you can! Yoga is a discipline that helps patience training. By now everyone knows about the many benefits that this practice can give to the human body, but consistency is fundamental. You’ll see progress from every point of view! In fact the image of man according to yoga is holistic, and involves mind, body and soul. These three elements exist harmoniously in symbiosis with the universe. Yoga mainly focuses on the physical effects, but the psychological, emotional and energetic levels that you can reach will be astounding.

An intimate place to practice yoga in

Breathing deeply and reactivating circulation in your whole body means allowing a new, “clean” energy run through your body and your mind; this vital energy in Sanskrit is called prana. Of course, you can do yoga anywhere, but those who already have some experience know that a small, intimate, space, perhaps with a wooden floor on which you can lie, low lights, and the guidance of a qualified instructor, often make the difference. When done alone, especially for the newbies, this practice can seem complicated. Its focal point is concentration, and if our mind is stressed it’s hard to avoid thoughts and focus on the here and now.

Yoga Centres at Tuscolano: the lesson for you

In the Tuscolano neighbourhood you’ll find a variety of options to suit your needs:

we’re talking about a highly democratic discipline where everyone can choose their own way, and yoga, especially when merged with the western world, it has so to say specialised in answering the demands of all types of students.

Yoga Suite in Via Appia Nuova 608 has many different course options, in a clear and linear space, so as to not be distracted and instead connect with your inner self. There are Vinyasa courses, a dynamic style where you won’t have to keep the positions for too long and and the meditative state can be reached thanks to the flow of synergy between breathing and movement. If you’re after something more traditional there are also Hatha Yoga, in which the most important things are precision and holding a position for an extended period of time. For a more feminine and introspective yoga, Yoga Suite holds Yin Yoga lessons, in which the Indian tradition meets Chinese medicine, and where the work on nadi and prana combine with the knowledge of meridians.

Very close to the Arco di Travertino metro stop, at the Hari Nam centre, you can experience a very powerful type of yoga, the Kundalini. This branch of the discipline is very interesting especially for the way it affects the emotional and psychological aspect. Its exercises focus on waking a primordial being that lives inside each of us, represented as a sleeping snake at the base of our spine called Kundalini.

If you’re expecting, Yoga 108 (in Via Marini 45) has exactly what you need with its Yoga in Pregnancy courses. This centre also offers a chance to lie on the floor and immerse yourself in the deep vibrations of gong baths, or the subtler ones of Tibetan bells with a sound massage.

After the pleasant yet tiring tourist life, treat yourself to a nice Ayurvedic massage with scented oils and hot stone at the Centro Yoga e Ayurveda Amrita, in Via dei Georgofili 59.

In short, if you’re going on holiday, really go for it. Remove your body from habitual places and from daily routine, detach your mind from stress and negative thinking, but also take care of the spirit, and give it some consciousness and love.

If you want to stay close to a yoga centre in Rome, book at the holiday home Casa Fratocchi